Today, after two decades of the ‘large high wind speed’ turbine effort capturing everyone’s attention, the focus at the US Department of Energy, the National Renewable Energy Labs, and others who focus and steer the ‘future of wind technology development’ has shifted to low-wind-speed energy capture’, while our focus and work has been there all along. We are already in position now to deliver the technology which enables the real value proposition for wind energy capture: wind energy present 70% of the time, on over 80% of the Earth’s landmass! 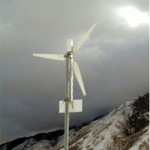 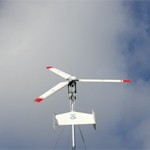 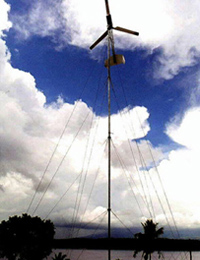 Choosing the right turbines is the key to a wind power plant project that provides a strong return on investment. Vista International, Inc. has a broad range of turbine models, targeting specific conditions and priorities. Vista’s wind turbine technologies can be tailored or ‘scaled’ to fit any number of niche markets, identified over the years of management’s experience, including the up to 500 Kw/Hrs per day net metering and/or mini-wind farm product series, previously proto-typed, productized, and field tested.

The first patents for our various wind turbine technologies were issued in the early 1980′s in the USA and subsequently additional patents were issued between 2000-2002, with foreign patents and new additional patents being developed and applied for on an on-going basis. Improvements to the technologies are constantly being explored at all times to increase the efficiency’s and recently Vista has found a new type of motor to help provide an even higher energy output with the already amazing efficiency of the units on their own. Manufacturing is based on the ISO 9000 standards that is accomplished with our newest Vista International manufacturing arm.

Our wind equipment has been installed in different countries such as Australia, Brunei, Egypt, India, Indonesia, Jordan, Malaysia, Myanmar, New Zealand, Saudi Arabia, South Africa, the South Pacific Islands, United Kingdom and the USA over the past years.

The technology operates in a Class 2 type wind and higher with the understanding that 80% of the earth’s land surface is a Class 2 wind. Most other providers of wind turbines have designed their wind turbines for Class 4 or higher winds and are usually manufactured outside the USA, mostly in Europe in most cases, with the exception that VESTA’s is now manufacturing in Colorado. Our units will be manufactured here in the USA and shipped out as an export all over the world.

These units are easily maintained just as easily as they are installed with just 2 or 3 people and a winch. In high wind speeds the units do not need to feathered off or let down as do traditional wind turbines. The units have been tested in winds that exceed 152 MPH and flew successfully with no problems due to the design of the units. All units come in 2 sizes of towers in 100′ and 120′ no matter if the blades are 12′, 20′ or 50′ or larger size units, which is dependent on the size of the new direct drive motor placed in the units. 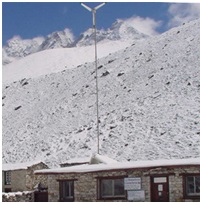 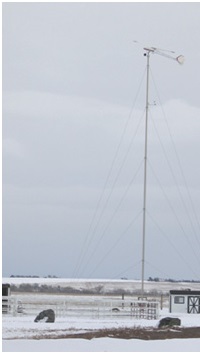 The ability to vary the rotor area allows the use of rotor blades up to five times the size of rotor blades of similar rated conventional turbines. These rotor blades capture more energy at low wind speeds. At a wind speed of at least 4.0m/sec our wind turbines produce 200% more energy per unit of installed cost than the conventional fixed axis wind turbines. We are adding solar and two other hybrid technologies to our wind technologies so as to create an even larger market advantage that will be had pressed for anyone else to compete with these new improved designs and even higher efficiency’s that exceed 90% already.